I love disaster flicks.  Show me a movie where a chunk of humanity is catastrophically destroyed and I’m a happy camper.

Who can forget The Andromeda Strain (epidemic catastrophe).  Or Invasion Of The Body Snatchers (extraterrestrial copy machines).

Armageddon, an asteroid catastrophe starring Bruce Willis as the over-protective father of Liv Tyler (who’s caught doing “the nasty” with Ben Affleck).  Or OutBreak, where the dynamic duo of Dustin Hoffman and Rene Russo battle both an epidemic AND a government cover-up.

Then there’s Deep Impact (Tea Leoni, Robert Duvall, Morgan Freeman), desperately trying to keep themselves and others from getting wiped out by a comet.

Some disaster flicks I watch again and again, until I can recite the lines by heart.  It doesn’t hurt if there’s one of my favorite Hollywood hunks in the flick, either.

I’d be a stand-in any day of the week for Linda Hamilton, who plays the love interest to Pierce Brosnan in Dante’s Peak (a nasty volcano eruption).

Or invite me to join the all-star cast in the world’s tallest building, The Towering Inferno.  Yeah, as you can tell by the title it’s the hot spot in town.  Who wouldn’t want to be rescued by Paul Newman or Steve McQueen?

Another all-star cast movie, Independence Day, has one of the best scenes Bill Pullman ever did.  Will Smith and Jeff Goldlblum (who I’m totally enamored with) were off blowing up the invading alien headquarters when Pullman gave his rousing speech to the few remaining fighter pilots.  What a guy.

I’m obviously not alone in my love of disaster flicks, else there wouldn’t be so many.

One of the blogs I follow, gracerellie.wordpress.com, is written by a woman who is making a career out of writing about disasters, (the real ones, not Hollywood versions).  Her blog is relatively new (meaning, active for less than 5 years), and yet, in the small amount of time she’s been blogging, she’s developed a healthy following.

Why is that?  What is it about disasters that we love?

My hubby doesn’t particularly care for them.  He watches them with me from time to time because he knows I love them, but he finds them too violent for his tastes.  He thinks watching scads of people in dire situations, many of them dying, is looking at the negative side of life.

He says we should love people, not kill them off in movies.  He wonders if the reason we watch disasters is because, deep down, we just don’t like each other.

I disagree with him on this point.

I seriously have no desire to wipe out my fellow (wo)man.  Sometimes I might feel like I do, but when push comes to shove, I don’t want to see harm come to any of them.  I know they’re just doing the best they can and trying to get by, just like me.  We’re just people, after all.

No, I think the reason we love disaster flicks is because it helps to ease the pain of life’s “helplessness”.

Don’t most disaster flicks involve forces outside of our control?  Don’t we all have those feelings of anger over the helplessness we feel in life?  Over situations, circumstances, and other people’s actions?

Not only that, but in disaster flicks, the main characters are usually trying to save as many other people as possible.  They may not do it in the best way (for example, deciding who will and will not be in the rescue ships of 2012), but they are still trying to save each other as well as themselves.

Disaster flicks have another thing in common… they almost always end on a positive note.

New research is achieved in Twister (Helen Hunt and Bill Paxton), which allows for earlier tornado warnings for communities.  Humanity – or what’s left of it – is still saved from extinction (The Terminator movies).  And in Knowing, the aliens at the end are actually friendly… they save many of our children from the solar flare that destroys the rest of mankind, and re-start humanity on another planet.

Thing is… in life there is great joy… but also great difficulty.  It doesn’t matter who you are or what your circumstances, at times, life will kick you upside the head and throw you in a tailspin.

The world is full of broken people.

We need to see people survive the impossible.  Disaster movies give us hope.  They give us heroes.

I think God understands this need to see a conquering of the uncontrollable.  The bible, certainly, is full of disasters.  It’s also full of God’s rescue for the afflicted.  It’s the original disaster book, pre-digital.  The darkness of strife and the beautiful dawn of overcoming, these are major themes in our religious beliefs.

Oh, and for the record, my all-time favorite disaster flick?

The Day After Tomorrow, a climate change disaster starring Dennis Quaid and Jake Gyllenhaal.  Except for the political references, it’s very similar to a book I’ve been a fan of for years – The Sixth Winter -written by John Gribbin and Douglas Orgill back in the early 80’s.

If you get a chance, check this book out from your local library.  It’s a good ice age disaster that was written before all the political positions got involved in the science of climate change.

Even the darkness is not dark to You, and the night is as bright as the day.  Darkness and light are alike to You.  Psalm 139:12

Regarding these reviews:
Hey, I want to thank everyone who reviewed my story. You are all great!
Thanks…. DJM 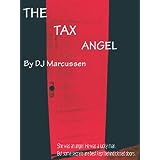 The Tax Angel    By DJ Marcussen

She was an angel. He was a lucky guy.  But when her job kicks into high gear, Michael is about to find out that the true test of love isn’t children or in-laws… it’s tax season.

See what others are saying about this new e-book (short story):

DJ Marcussen’s book The Tax Angel is a delightful and partial representation of what happens to thousands of individuals when tax season comes around. She writes with a witty style that is both concise and entertaining. It is a wonderful read for both the tax professional as well as anyone who has ever endeavored to do their own tax return.Join Michael and his lovely new wife Kimi, a tax accountant workaholic, as they discover that the real test of love and a strong marriage can be found in trust and…

I tried all the various sleep aid advice.  No caffeine, don’t drink after X p.m., don’t eat after X p.m., DO eat after X p.m., supplements, douse the light, shut off the electronics, listen to relaxing music, hypnosis, exercise, meditate, develop a routine…. yadda, yadda, yadda.  In the end, I was still sleepless, but a lot more educated about it.

I became obsessed with the whole light issue, and it’s affect on me, you, the plants and animals.  It leaked over into my writing life and eventually light became the focus of most of what I write about, sometimes directly, often indirectly, but always there, always reacting with us.  (Note I said “reacting”, a reverse action response of stimuli).

Light, and it’s corresponding absence (dark) has a profound effect on all of life.  So what happens when day is no longer easily distinguished from night?  When you pull all the shades in your house and flip all the switches off at midnight and there is STILL enough light within your home to wander room to room by sight alone?

You learn new words, as I did.  Words like “light pollution”, “scotobiology”, “phototropism” and “photoperiodism”.  I learned some helpful stuff, but I learned some scary stuff too, about disease caused from too much light, and biological and behavioral changes in plants and animals.  And us.

To be clear, I’m not writing this to descry conspiracy theories or pull a red flag and shout warnings from the rooftop.  Rather, I’ve developed this blog, and two others, because I want to explore more fully the link between light, dark, and the world around us.  And because I think maybe we would all be a little better off if we stepped off the gerbil wheel for a moment and tried to work in conjunction with our planets cycle.  At least part of the time.

For the sake of clearly defining my particular interests I have three main topics… 1) Plants and animal life, 2) Science, and 3) Spirituality.  I write articles about plants, sci-fi stories, and inspirational fiction.  Those three may seem incompatible at first glance, but when you throw light into the equation you see that they are all linked, as are the three blogs I have created to address them.  One geared towards plants, one toward science, and one exploring our spirituality.

By way of introduction, this (my first blog entry), is the same on all three blogs.  But hereafter, entries will be tailored to meet the specific slant and subject matter of each.  Feel free to contact me and leave comments for discussion.

And please…. do come back and travel this journey of light with me.  I look forward to meeting you.