Many years ago I went to see a hypnotist to quit smoking.  Afterward, an acquaintance commented to me that she’d heard some people were more pre-disposed to suggestions, making them easy subjects for hypnosis.  She herself did not trust hypnotists and would never entertain thoughts of seeing one.  She wasn’t cutting me down, rather she was expressing her own fears about the subject, afraid that that being hypnotized was the same as giving away free reign over her thoughts.

Actually, contrary to what you see in the movies, hypnosis doesn’t take away your free will or change your morals.  There’s no flashing light or swinging crystal.  You aren’t unconscious; nor are you a gullible, submissive person.  If you wouldn’t normally stand up and take off your clothes in front of someone – just because they suggest it – then you wouldn’t do it under hypnotic suggestion either.

Likewise, if you resist being hypnotized, then you won’t be!  Simple as that.  It’s just a totally relaxed state where you decide to let yourself be open to the suggestion being made.

According to Dr. Ray from Penn State, “… good hypnotic subjects are active problem solvers”.  (Reference: Penn State U website, “Does Hypnosis Work”)  I don’t know about that, I just know that in my case I really, really wanted it to work.

I’d developed asthmatic problems as a result of smoking.  Many attempts to stop on my own had proved unsuccessful.  So I joined a stop-smoking class offered through my place of employment.  The class met for 10 weeks, designed to gradually reduce our number of smokes per day.  I was pinning my hopes on that class.

By the end of the program, the entire group graduated smoke free, but I quit smoking at the very first session.

You see, the very first meeting held a surprise: after initially getting acquainted, the instructor introduced a hypnotist and announced we were going to start the program with a hypnosis session.  It was the only time we were hypnotized during the entire 10 weeks.  Everyone else in class followed the weekly program and quit smoking gradually, but that first day – right after we came “out of hypnosis” – I stood up and threw my cigarettes in the garbage.

Everyone was surprised, including the instructor.  But once I’d learned we were going to experience hypnosis, I made a conscious decision, before we “went under”.

I had decided hypnosis was going to work for me.  It was a decision that drastically changed my health.

So just how do we make these decisions that determine the quality of our lives?  Do our feelings make our decisions for us, or do we consciously decide?

Letting your feelings tell you what path to take is not the same thing as using your feelings to decide your path.  When I decided to let hypnosis work for me, I used my feelings to make that decision.  I desired to quit smoking.  I was terrified of the asthmatic attacks I’d suffered and seriously afraid I couldn’t quit on own.  I was actively seeking help.

But it was a definite decision.  Not a reaction.  I remember consciously thinking I was going to allow myself to be hypnotized and it was going to work.  Come hell or high water.

Three months after the class ended, we had a class reunion to see how we were doing.  With the exception of myself, every one of my classmates had returned to smoking.  Yet, many years later, I am still smoke free.

Oh, that I could solve all my problems so completely!  But in truth, I am painfully aware that many of the things I’ve done (and continue to do) are purely emotional, gut reactions.  Decisions that my feelings make for me, not something that I consciously decide to do.

Sometimes that turns out well, but often it just throws me off kilter.  Or at the very least, just keeps me in my “comfort zone”, even if that zone is actually uncomfortable for me, it’s less stressful than facing what I don’t know.

What I can say is that most of the best things I’ve done in my life have been the result of decisions consciously made, not reactions.  Like quitting smoking, deciding to stay married (see How Walter Matthau Saved My Marriage), or changing jobs.

My best decision?  Choosing to become a Christian: Light Gets In Your Eyes. 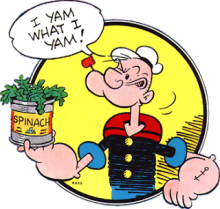 I’m one person, and we all have different strengths and ways of choosing the paths we take.  I’d love to hear from others and hear how they’ve made the decisions in their life, what has determined the paths they’ve chosen.

So what about you?  How do you make your decisions?

One of the most amazing things I’ve learned about blogging is how international it is.  My feedback stats tell me how many readers my blog gets every day, and it never ceases to amaze me when I see the myriad countries from which my readers hail.  We all truly are an international community.

So, please, feel free to comment and share.  Bring to light your brightest and darkest decisions with us.  Anonymously if you prefer.  It may look like no one cares, but actually, we’re listening.

Science Fiction and Other Suspect Ruminations